May First Friday: An Evening Of Art

We are excited to announce the partnership between Mary Pierce and Anne Faulkner, Soulful Sparrow's new co-owner.

Anne's high energy, creative eye. and long history of retail experience pair well with the vision Mary has for Soulful Sparrow. We anticipate a fun fresh direction as these two begin collaboration. 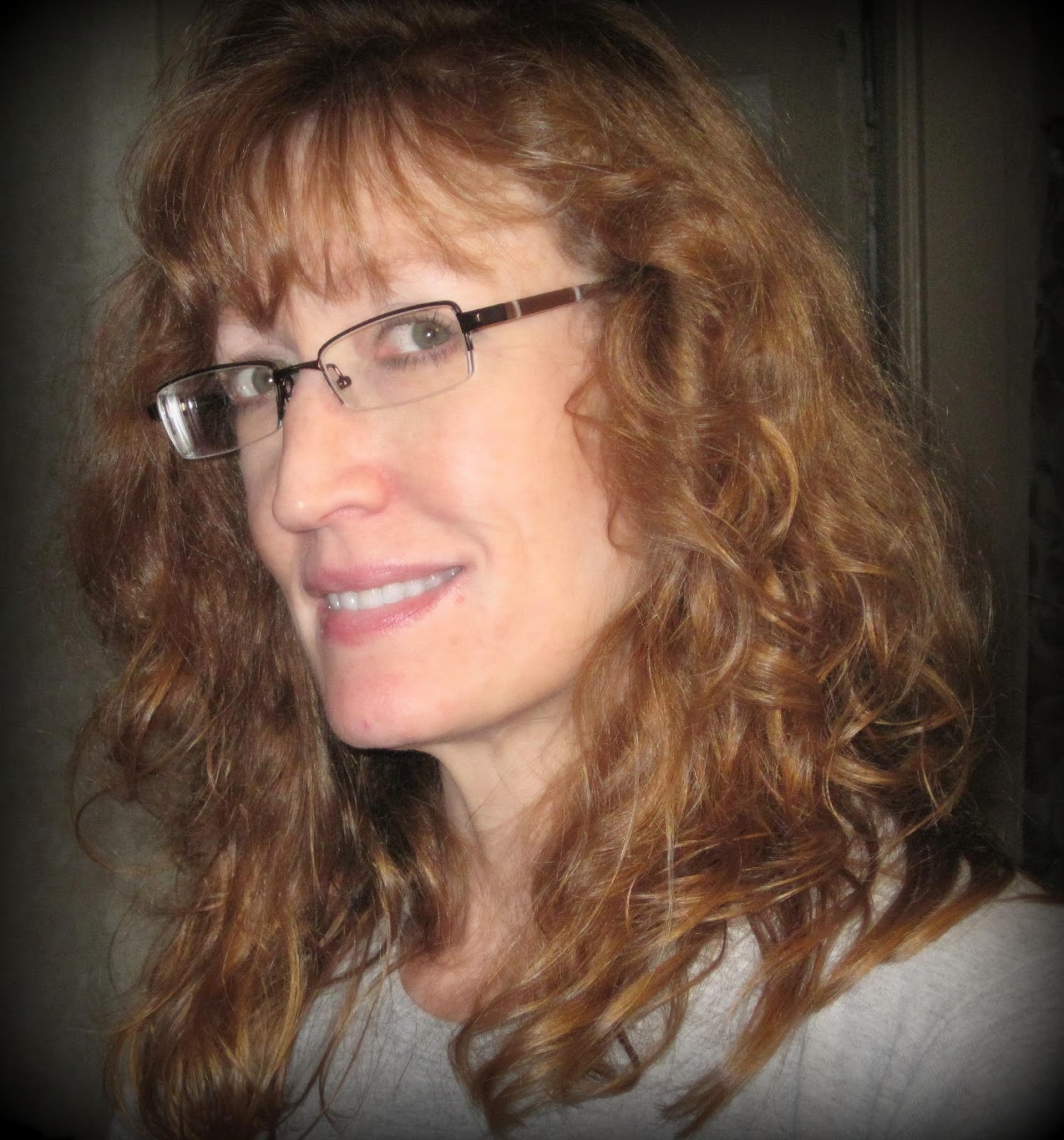 Anne is a 30 year resident of Elgin's North East Neighborhood. She cut her teeth in this industry as a Kane County Flea Market vendor. After living the vagabond lifestyle for several years she moved on to a bricks and mortar shop, opening a storefront in West Dundee that eventually evolved into Adornments Boutique.  A unique upscale women's boutique and destination shop that was a mainstay in Downtown West Dundee for 15 successful years.

Anne can also claim founder and former owner of The Midwest Antique Clothing and Jewelry Show/Cat's Pajamas Productions. Having built that franchise from a concept to a highly anticipated renowned regional event.

An early supporter of the Illinois Main Street Program, Anne sat on several committees while active in Dundee, including chair of the promotions committee.

Recently Anne has been busy crafting what she describes as "wabi-sabi inspired wearable art" for her boutique business tangerine magpie, which is sold (coincidentally, wink*wink) exclusively at Soulful Sparrow!

Other creative involvements include founder of The Elgin Poetry Box Project, and co-publisher of elginMUSE (with another member of the Pierce family).

Anne's passion (bordering on obsession) for genealogy has led her to blog on the subject as Ancestor Archaeology.

We hope that you will welcome her to the Soulful Sparrow family. As Mary and Anne begin to put their heads together for the future direction of the shop plan to see lots of what you already love about Soulful Sparrow plus some fresh, new surprises to delight and entertain. Judy Walsberg and Mary Pierce met in 2010 when Judy owned Tapestries of Nature in Century Corners of St. Charles. Their common interest in art and vintage style led them down a path as store owners together when they created a co-op in the St. Charles location. Within two years the building they were in was sold and the partnership was born when they relocated to Elgin and named the new shop Soulful Sparrow in June of 2012.

It is with mixed emotions that we say a fond farewell as Judy retires at the end of February 2015. Judy's creative flair and business sensibilities have helped Soulful Sparrow make a mark on the Douglas Avenue shopping district in Downtown Elgin. Her artistic, repurposed, handmade merchandise for sale in the shop has been an added attraction that set the shop apart from any other.

Judy will be taking care of her husband in the final stages of a long term illness. She will continue pursuing the arts and showcasing her creations in selected venues as her schedule will allow. Our thoughts and prayers will be with her.
Posted by Soulful Sparrow at 12:20 2 comments:

Get Ready! The Vintage Shop Hop Is Almost Here!


Posted by Soulful Sparrow at 18:35 No comments:

Posted by Soulful Sparrow at 12:25 No comments:

We've redecorated the store for the summer, so we thought we'd share some photos with all of you!


Posted by Soulful Sparrow at 13:30 No comments:

There's been a lot happening around Elgin this summer, so we wanted to take a minute to discuss some of the recent developments that have taken place...

We had a lovely Fourth of July this year! As usual, Elgin's Fourth of July parade was a lot of fun to watch, and the shop opened to welcome any shoppers who stayed downtown afterwards. 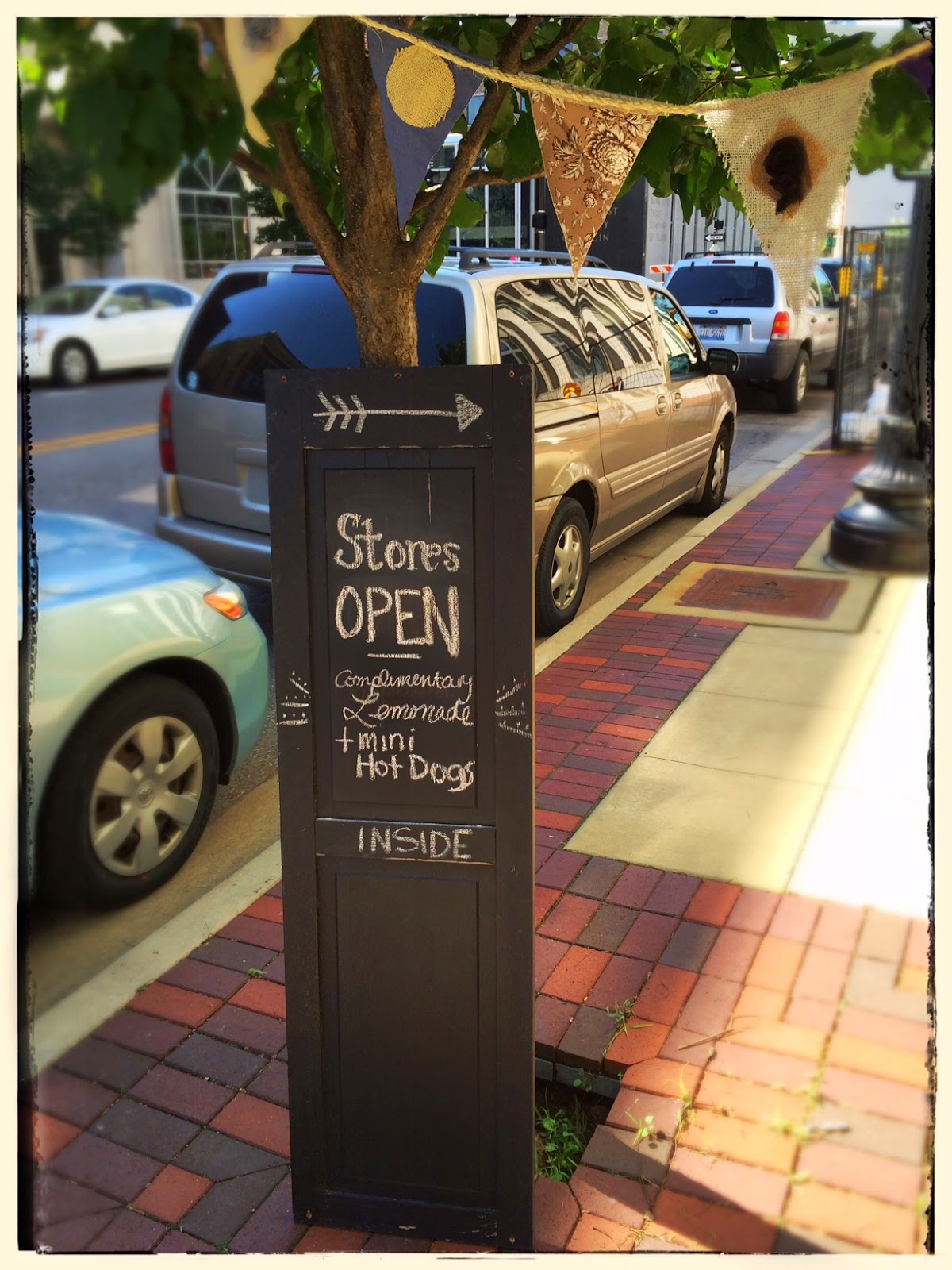 This year, the Fourth of July also happened to be First Fridays, so we had all kinds of tasty snacks on hand. 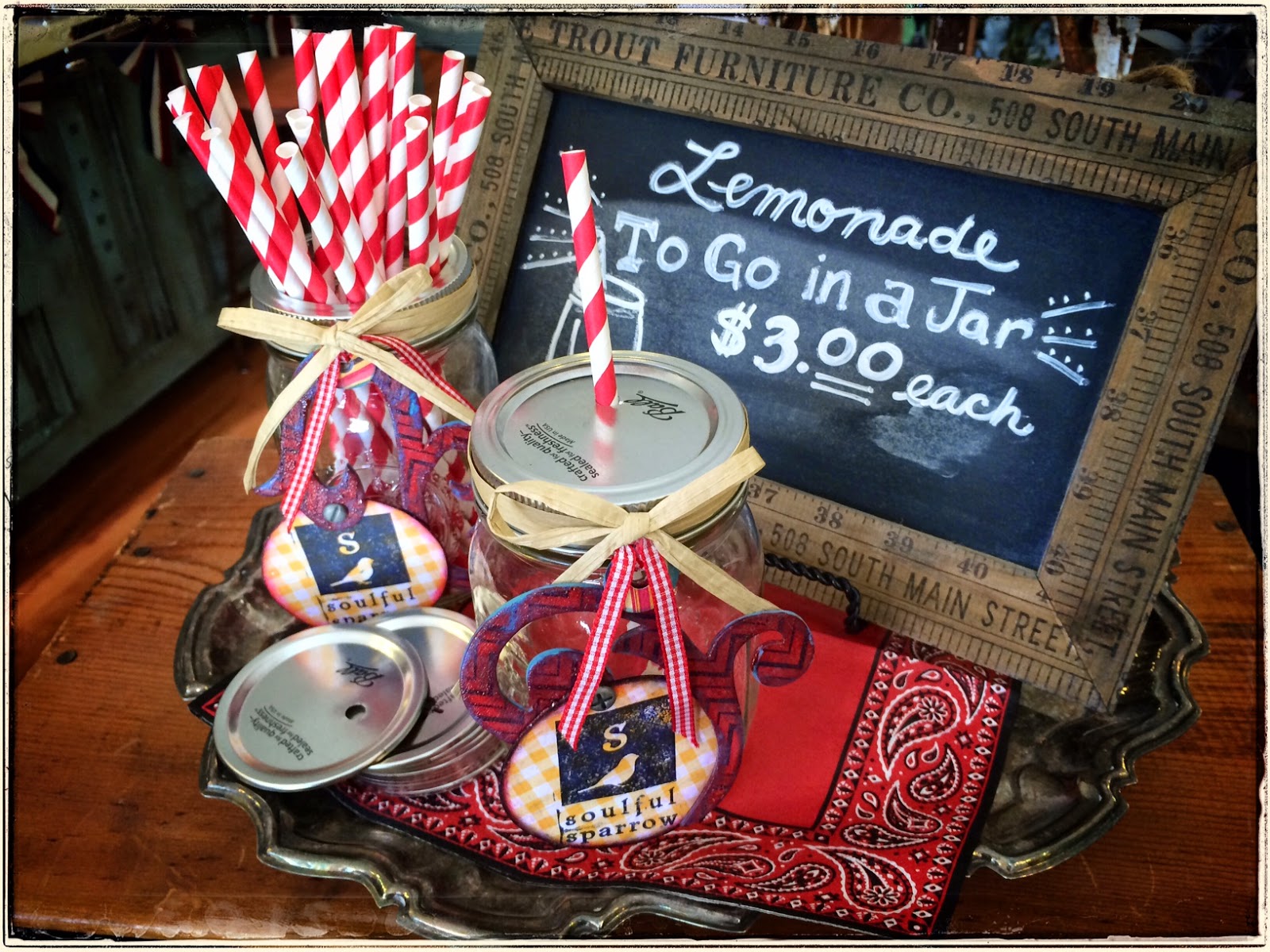 And of course, there were fireworks downtown that night! We watched them from the new Promenade this year - more on that in a bit.

Hopefully, you all were able to enjoy the festivities this year in downtown Elgin, too!

This summer has been one of growth and renewal for downtown Elgin, as a number of projects designed to revitalize the downtown area have continued to develop and flourish. Some of these projects are more established and well-known, like the continuing success of the Downtown Harvest Market, but this summer has seen some new projects take shape as well.

One of the most intriguing ideas so far is the movement to have downtown Elgin listed as a historic district on the National Register of Historic Places. The district would include about 102 properties, and could be a powerful marketing and tourism tour, as well as as tax credits and incentives for participating districts. 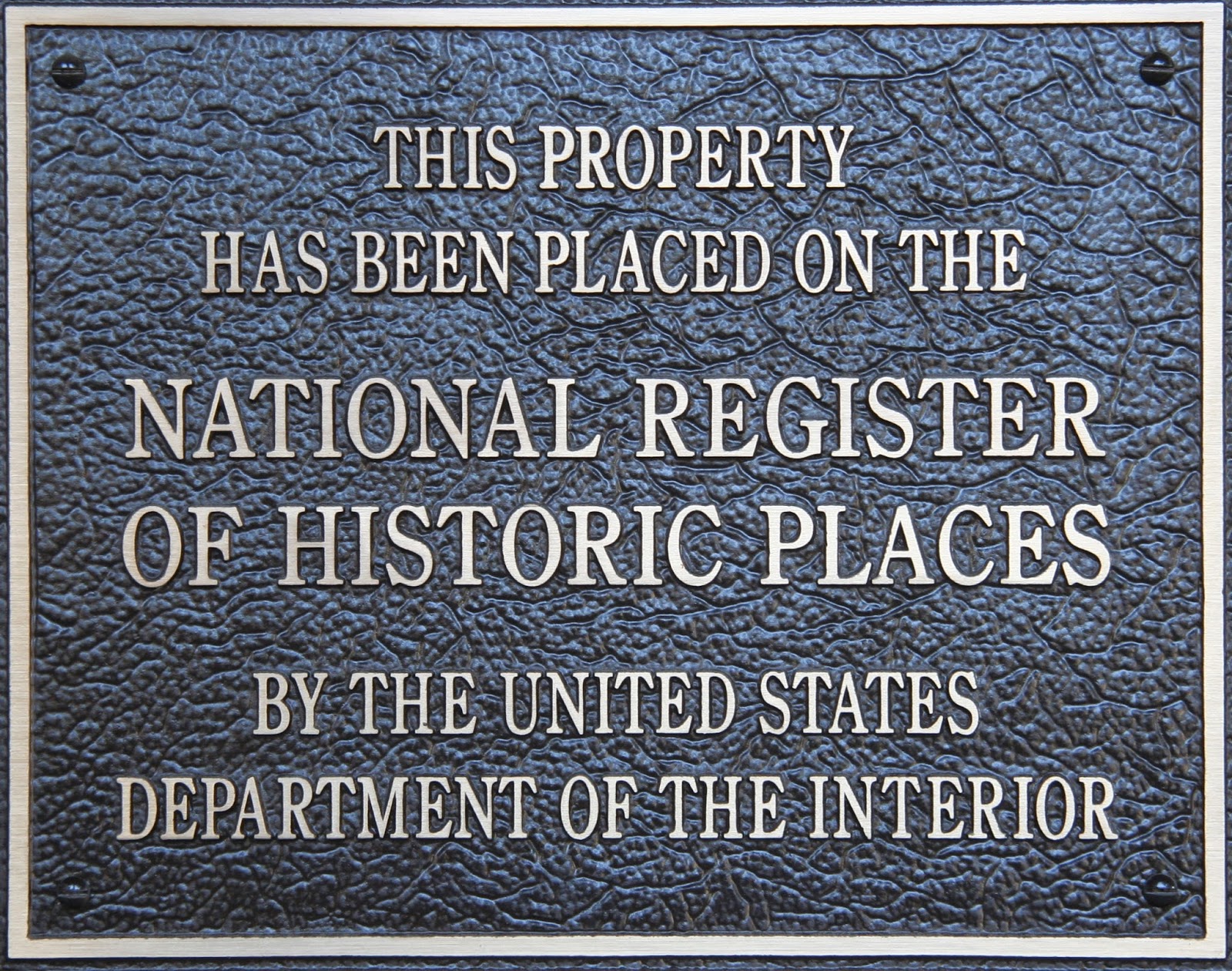 There are still questions of potential drawbacks, including the possibility of more rules and regulations, but experts have said that there are no drawbacks to being listed on the registry and all tax incentives are voluntary. Ultimately, at least fifty percent of downtown property owners will have to eventually approve the plan in order to become a listed district.

Right now, the Downtown Neighborhood Association of Elgin is working on the application, which is expected to be submitted later this summer. We're looking forward to seeing what happens next!

On the Fourth of July, Riverside Drive could be seen lit up in full patriotic red, white, and blue colored lights - the Promenade's Facebook page has some great photos that really showcase the lighting system and how great the set-up looks.

In addition to the Promenade, there has been recent discussions about other elements that could be featured along the riverfront as well. As noted in this Daily Herald article, ideas range from popcorn stalls and ice cream carts to street performers and buskers, and even food carts operated by existing downtown restaurants.

In less positive news, the fate of the beleaguered Tower Building is still murky following the May 11 fire.

The fire had been purposefully set in one of the building's elevator cars, and burned for about fifteen minutes. A Courier News article reports that "Fire Chief John Fahy said the flames were “rolling” enough that the lobby ceiling sustained fire damage. No one was inside the building at the time of the blaze." At this time, a 58-year-old man,Tommy McBurney, who is homeless, has been charged, according to the Daily Herald.

Following the fire, the Tower Building was condemned, forcing the three tenants to move out. According to a recent Daily Herald article, "In order to reopen, the lobby and the elevators must undergo repairs and pass an inspection."

There is a pending contract to sell the building to Wisconsin-based Gorman & Co., but the Tower Building's fate is still up in the air for now. Hopefully, the historic building will make it through this tough situation.

Posted by Soulful Sparrow at 14:49 No comments: